A About The Sikka Foundation 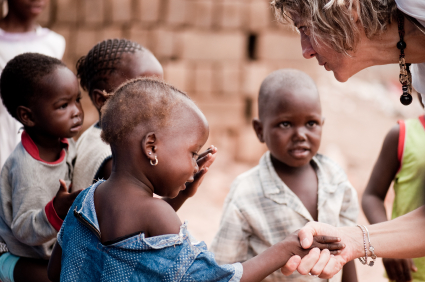 From food shortages to rampant drought, natural disasters to political unrest, the health and welfare of children in impoverished regions of the world are often the first causalities in the face of adversity. Many children – from India to Ethiopia, and hundreds of places in between – are often left without enough food and drinking water, inadequate medical care, and lack of an education.


After witnessing the poor living conditions and daily struggles of children in his native India, entrepreneur Monty Sikka founded The Sikka Foundation to provide food, clean water, medicine, vaccinations and education to poor and impoverished children both in India and throughout the developing world. Since its founding in 2008, The Sikka Foundation has contributed over a half million dollars to help aid and educate those in need. By providing food and other necessities, the Foundation has taken great strides in relieving the poverty of many underprivileged children in India.


Building upon their success in India, The Foundation has expanded to include many charitable causes both at home in Canada and throughout the world, including those in need in Africa. In Nepal, funding has provided education and re-introduction to the workforce for women trapped in India’s sex trade. With the generous help from donations, the Sikka Foundation has provided funding for cancer agencies, hospitals, and charitable organizations focused on caring for the needs of children across the globe. In addition, a portion of donations has been used to provide specialized food for children with genetic disorders and specific, life-saving equipment for hospital units.


With your support, The Sikka Foundation will continue to help the most vulnerable populations receive food, water, medical support, vaccinations, and education in hopes of bettering the daily lives of children living in poverty, giving them the promise of a brighter future.